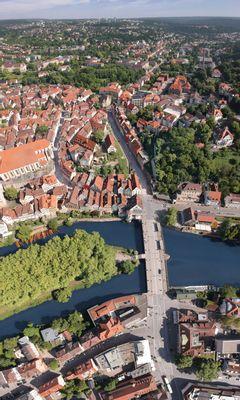 Save to List
Town in 🇩🇪 Germany with a population of around 88 thousand people.

Tübingen is a charming small city in the south of Germany, located at the edge of the Black Forest. It's well known for its university, which has been around since the early 1800s. The city has a lively and youthful atmosphere, with a large student population and plenty of bars and restaurants. It's also home to a large number of historic buildings, including the castle and the Stiftskirche, a former monastery. Tübingen is a great place to explore the German countryside, and it's also close to some of the country's most popular tourist destinations, such as Stuttgart and Munich.

Have you been to Tübingen? Tell others what makes this place worth a visit!

You can expect temperatures of around NaN° Celsius in November during the day in Tübingen.