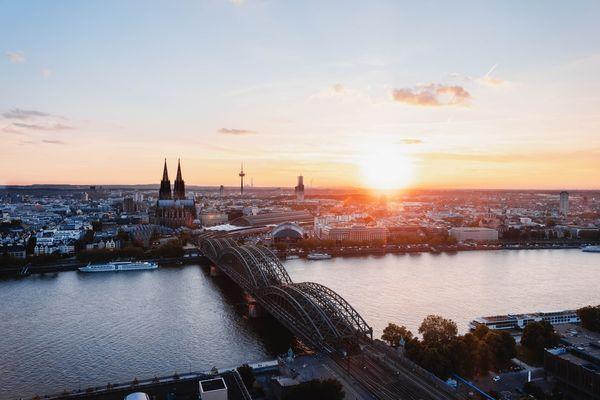 Save to List
City in 🇩🇪 Germany with a population of around 1.1 million people.

Cologne is Germany’s fourth-largest city, and its largest in the Rhineland. It’s an ancient city, founded by the Romans in the first century AD, and its cathedral is a Unesco World Heritage Site. The city is also famous for its beer, with more than a dozen breweries and dozens of beer halls. Cologne is a lively city, with a large student population, and it’s well known for its carnival, which is one of the largest in Europe.

Cologne is one of my go-to cities when visiting Germany. For a biergarten and food-enthusiast, Cologne checks all the boxes! The food is reasonable priced with a large assortment and options of restaurant. Avoid the area around "the dome" though as those streets are filled with tourist traps. Excellent parks with and without Biergartens for a nice stroll or a cold Radler. Good beer prices. A LOT of pubs, bars and places to blow of steam both during the day and night all around the city. It's easy to get around via bicycle, taxi or buses. The scenery is quite ok and the buildings looks typical for mid/southern germany. People are very friendly and the crowd are quite younger hence the English works well. Cologne works great for younger and older people, couples, gang of friends and everything in between.

I love Cologne! The vibe in the city is great, it is easy to get around on foot, people are friendly, and the food is nice. My favorite moment during the trip was drinking beers and radlers (beer + lemonade) with my friends at a sunny biergarten in one of the great parks. I would also recommend having a kebab at local football hero Lukas Podolski's shop Mangal Döner. Really, really nice kebabs. Cologne is one of my favorite German cities together with Berlin, and I can't wait to go back and explore more.

You can expect temperatures of around NaN° Celsius in November during the day in Cologne.