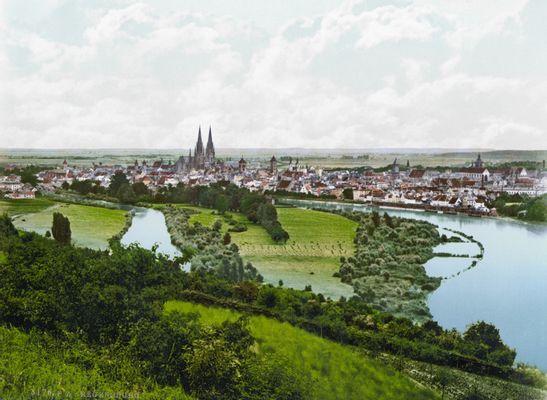 Save to List
City in 🇩🇪 Germany with a population of around 150 thousand people.

Regensburg is a city in Bavaria, southern Germany. It’s home to the oldest university in Bavaria, as well as the world’s oldest brewery, Weihenstephan. The city is filled with medieval and baroque architecture, including the 12th-century Stone Bridge, the largest Romanesque bridge in Europe. The Alte Kapelle (Old Chapel) is a 14th-century Gothic church with a rose window and a lofty spire. The Dom St. Peter (Cathedral of St. Peter) is a 12th-century Romanesque-Gothic church with a 110-meter-high spire.

Have you been to Regensburg? Tell others what makes this place worth a visit!

You can expect temperatures of around NaN° Celsius in January during the day in Regensburg.