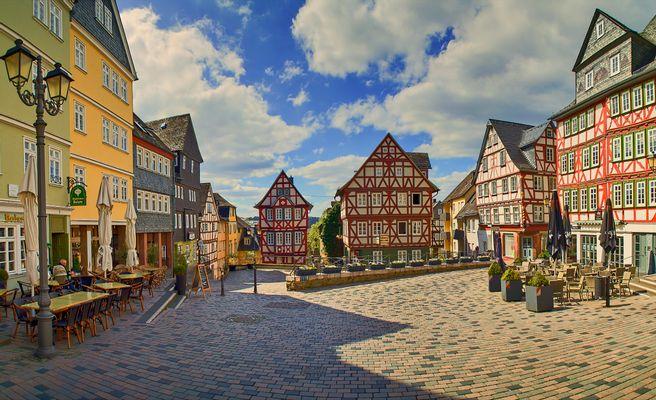 Save to List
Town in 🇩🇪 Germany with a population of around 51 thousand people.

Wetzlar is a small city in the state of Hesse, Germany. It is located in the Lahn-Dill-Kreis, about 100 km north of Frankfurt. Wetzlar has a population of about 62,000. The city is best known as the location of the headquarters of the optical manufacturer Leica Camera AG. The old city of Wetzlar has a well preserved market square surrounded by half-timbered houses. The city hall, built in 1529, is one of the oldest in Germany. There are also several churches, the most notable of which is the Stephansdom, a Gothic church which was built in the 13th century. The city is home to the University of Applied Sciences and Arts, Hesse.

Have you been to Wetzlar? Tell others what makes this place worth a visit!

You can expect temperatures of around NaN° Celsius in December during the day in Wetzlar.