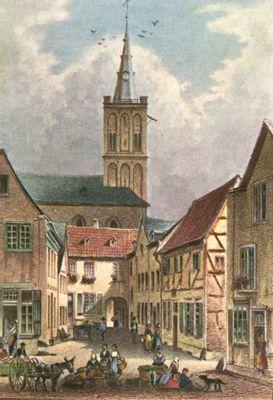 Save to List
City in 🇩🇪 Germany with a population of around 220 thousand people.

Krefeld is an underrated city in the German state of North Rhine-Westphalia. It is well known for its textile industry and is sometimes called the “Manchester of Germany”. The city has a population of around 230,000 and is located on the Lower Rhine. Krefeld is home to the Hüls AG, one of the world’s largest producers of polyester. The city has a rich cultural heritage, with a number of art galleries, theatres and museums. The Schlosspark and Botanischer Garten are two of the city’s main parks. Krefeld is also home to a number of breweries, including the Königshof brewery, the Diebels brewery and the Mühlenkämper brewery.

Have you been to Krefeld? Tell others what makes this place worth a visit!

You can expect temperatures of around NaN° Celsius in November during the day in Krefeld.