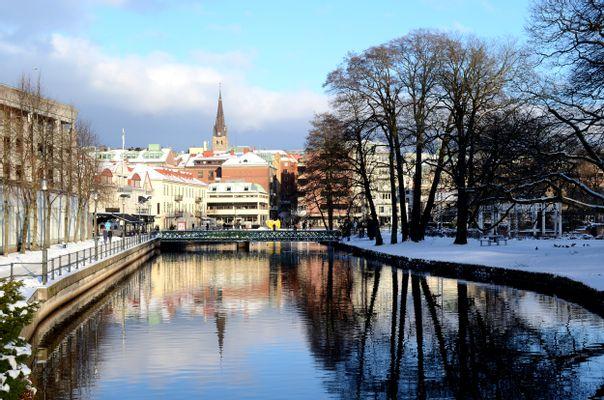 Save to List
Town in 🇸🇪 Sweden with a population of around 66 thousand people.

Borås is one of the nicer medium-sized towns in Sweden according to me. It is big enough and has enough of its own thing going on to not feel like a distant suburb of Gothenburg, and the nature around town is top class. The town's architecture is pretty nice with a mix of modern buildings and older buildings offering hints of its industrial past. The downtown area is pleasant, and there are nice meals to be had if you do your research. For me, the main draw though is the nice variety of great disc golf courses in and around Borås, perhaps the best selection in Sweden. I could see myself living here, but I am not in a hurry to move.

You can expect temperatures of around NaN° Celsius in December during the day in Borås.