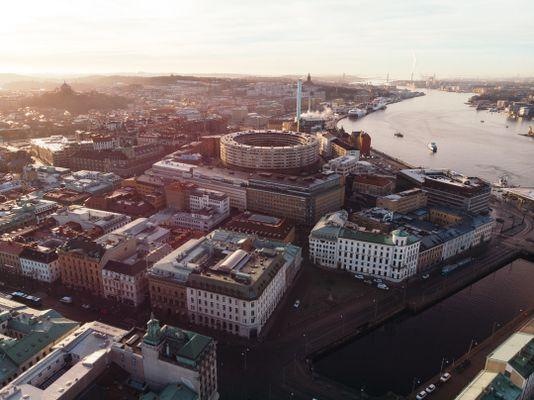 Save to List
City in 🇸🇪 Sweden with a population of around 580 thousand people.

Gothenburg, also known as Göteborg, is Sweden’s second-largest city, with a population of over half a million. Located on the country’s west coast, it’s a busy port and industrial city, with a lively arts and nightlife scene. The city centre is characterised by a mix of old and new buildings, and the streets are busy with people going about their daily lives. The Göta Älv river runs through the city, and there are plenty of green spaces and parks to relax in. Gothenburg is a great base for exploring the surrounding countryside, with its lakes, forests and rolling hills. There’s also a great selection of restaurants and cafes, and a lively music and nightlife scene.

I have been living in Gothenburg for 6 years. Food is not the reason to come here but museums, raves, the islands, Liseberg and definitely the people make this an extremely wonderful city!

I'm bias because I live here. That should be a icon next to the review/comment (local citizen-mark).

I was born here and moved back a few years ago. For fans of metal, Gothenburg is probably best known for its music scene. It even has its own genre called "The Gothenburg Sound" or "Gothenburg metal" a.k.a. melodic death metal. My favorite bands in this genre are In Flames and Avatar, and they play concerts in the city fairly frequently even though they often tour the world. If you are not a metalhead, there is still plenty to enjoy with many great concerts throughout the year. The festival Way Out West is a highlight for many. I prefer smaller concerts at the club Pustervik, but will go to the stadiums and arenas when bigger acts are visiting. There is a never-ending flow of great new bands, so do take the chance to go see a live show! Another great thing about Gothenburg is that it is such a green and walkable city. The massive city park Slottsskogen is popular among locals and visitors. If you want to go for a hike you can head to one of the nature reserves Delsjöområdet or Änggårdsbergen. I also always bring visitors to the beautiful southern archipelago. You can easily take a tram to Saltholmen and using the same public transport ticket to head out to explore the islands. The toughest part of living here for me is the weather with many rainy days and a looong fall/winter. Make sure to visit sometime between May and September when life is good here :) I find the average restaurant to be pretty bad, so it is key to do some research. For the best value of money, eat lunch out during the weeks as you then get a full high-quality meal for half the price or less compared to the evenings. And Swedish everyday food like köttbullar (meatballs), raggmunk med stekt fläsk och lingon (potato pancake with fried pork and lingonberries), and Wallenbergare (veal burgers) are some of the best meals to try here.

This is my home. Love Annedal and all the places you can walk to in the neighborhood, as Botaniska, Slottsskogen and Haga.

It was a pleasant trip in Summer. People looked nice and calm. I did not go out as much but I loved walking through the forest nearby the residential areas. I would love to go back here some day soon.

You can expect temperatures of around NaN° Celsius in December during the day in Gothenburg.