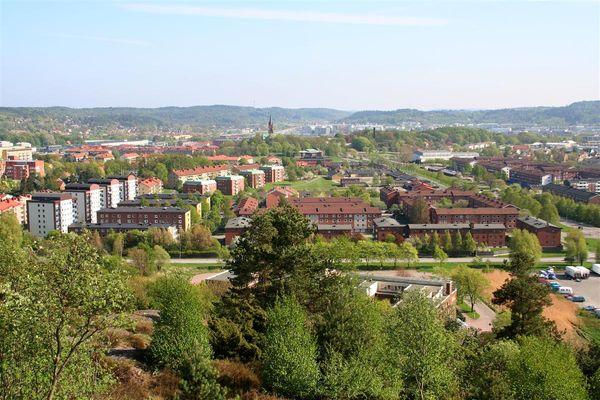 Save to List
Town in 🇸🇪 Sweden with a population of around 60 thousand people.

Mölndal is a city in Västra Götaland County, Sweden. It is situated near Gothenburg, on the coast of the Göta älv. The municipality had a population of 63,731 in 2010. Mölndal is the home of Volvo Cars, which has been headquartered there since 1935. Göteborgs-Posten, Sweden's largest daily newspaper, is also published in Mölndal.

Mölndal used to be its own town south of Gothenburg. Nowadays, it feels more like a distant neighborhood within Gothenburg, especially since trams and buses connect the two in a very natural way. Mölndal has a lot of industries spread out around the town in boring industrial areas, and there is an ugly highway dividing the town as well. Lately, there have been efforts to make the downtown area nicer, but I still don't enjoy it or feel that I want to spend any time there. The only part about Mölndal I actually like is its nature. Both the forests south of Mölndal and the nature park stretching all the way from the lake "Stensjön" to the city center of Gothenburg.

You can expect temperatures of around NaN° Celsius in November during the day in Mölndal.